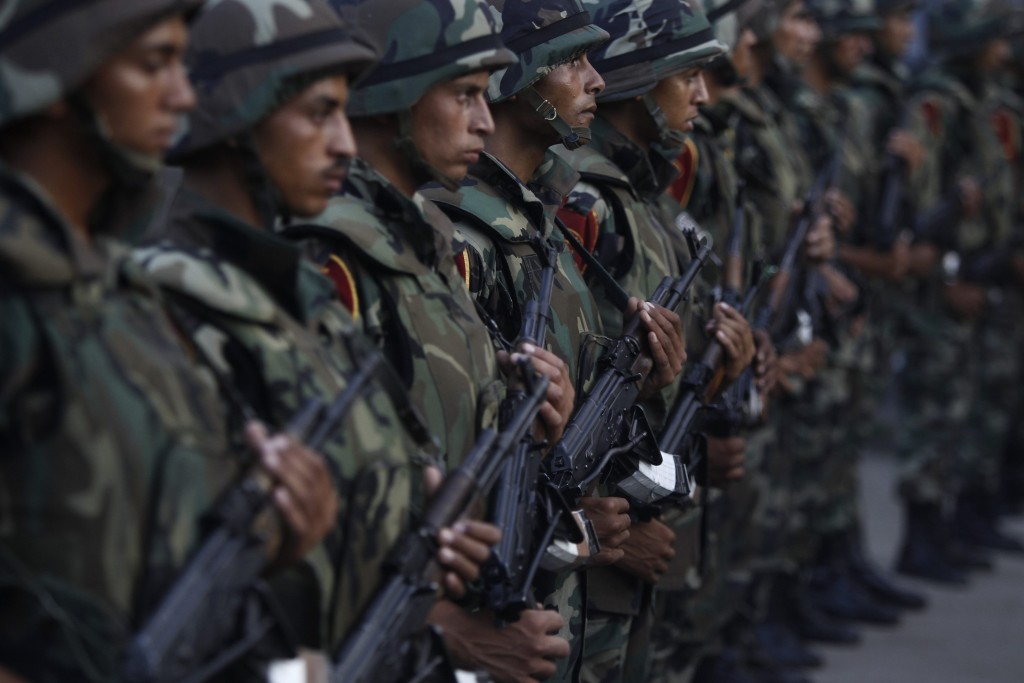 Army soldiers take their positions in front of protesters who are against Egyptian President Mohamed Mursi, near the Republican Guard headquarters in Cairo July 3, 2013. A meeting between the head of the Egyptian armed forces, liberal opposition leaders and senior Muslim and Christian clerics, has ended and a statement will be issued within the hour, the armed forces said in a statement on Facebook on Wednesday. REUTERS/Amr Abdallah Dalsh (EGYPT – Tags: POLITICS CIVIL UNREST MILITARY)