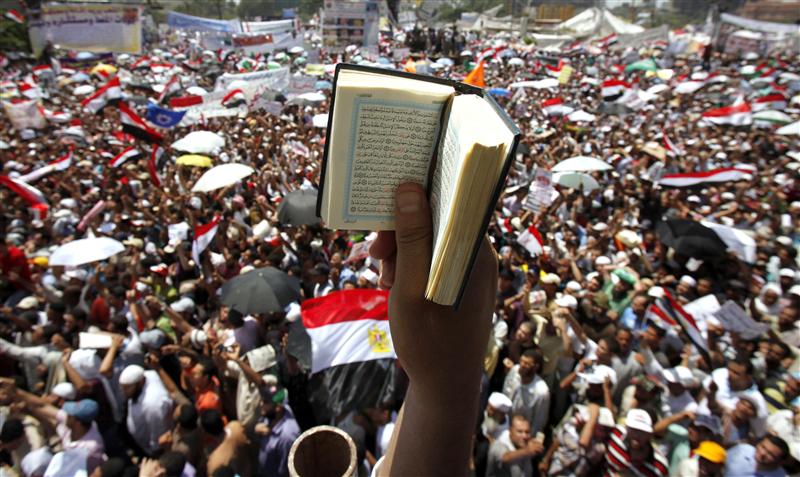 An Egyptian protester holds up a Koran while participating in a rally at Tahrir square in Cairo July 29, 2011.Thousands of Egyptians gathered in Cairo’s Tahrir Square on Friday to show Islamists and others were united in wanting change, though divisions remain on how hard to press the military rulers about the pace and depth of reforms. Muslim chants such as “There is no God but God” and “Islamiya, Islamiya” dominated. Some waved banners saying “Islamic Egypt.” A senior Muslim Brotherhood official described the rally as a “Friday of unity of all political forces.” REUTERS/Mohamed Abd El-Ghany (EGYPT – Tags: CIVIL UNREST POLITICS RELIGION)