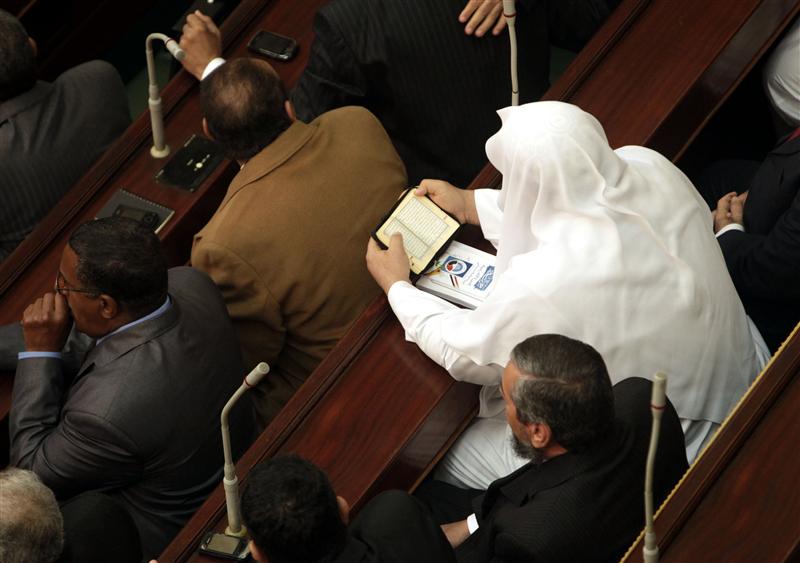 A member of parliament reads the Koran before the start of the first Egyptian parliament session after the revolution that ousted former President Hosni Mubarak in Cairo January 23, 2012. Egypt’s parliament began its first session on Monday since an election put Islamists in charge of the assembly following the overthrow of Mubarak in February. REUTERS/Asmaa Waguih (EGYPT – Tags: POLITICS RELIGION)