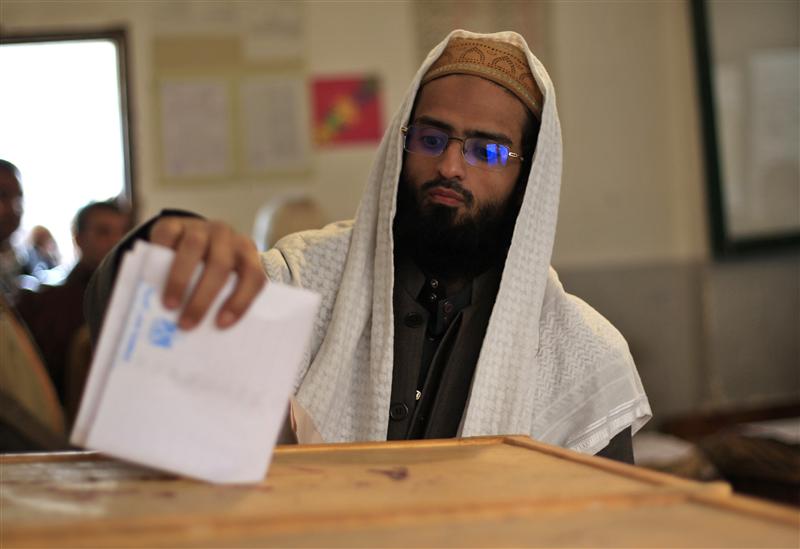 An Egyptian man casts his vote at a polling station during Parliamentary elections in Cairo November 28, 2011. Egyptians queued up to vote on Monday in the first big test of a transition born in popular revolutionary euphoria that soured into distrust of the generals who replaced their master, Hosni Mubarak. REUTERS/Ahmed Jadallah (EGYPT – Tags: POLITICS ELECTIONS)