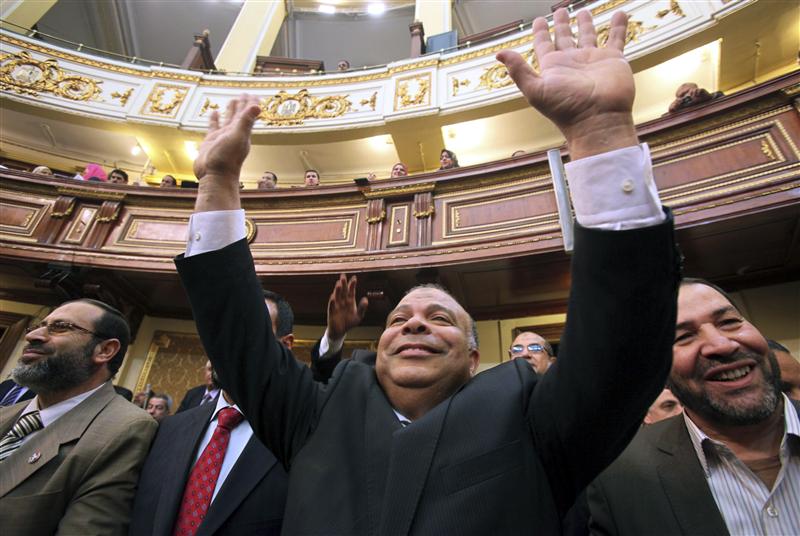 Saad Al-Katatny (C), a Muslim Brotherhood’s senior member, waves after being nominated by the Freedom and Justice Party for the post of the Parliament Speaker, during the first Egyptian parliament session after the revolution that ousted former President Hosni Mubarak, in Cairo January 23, 2012. Egypt’s parliament began its first session on Monday since an election put Islamists in charge of the assembly following the overthrow of Mubarak in February. REUTERS/Khaled Elfiqi/Pool (EGYPT – Tags: POLITICS)