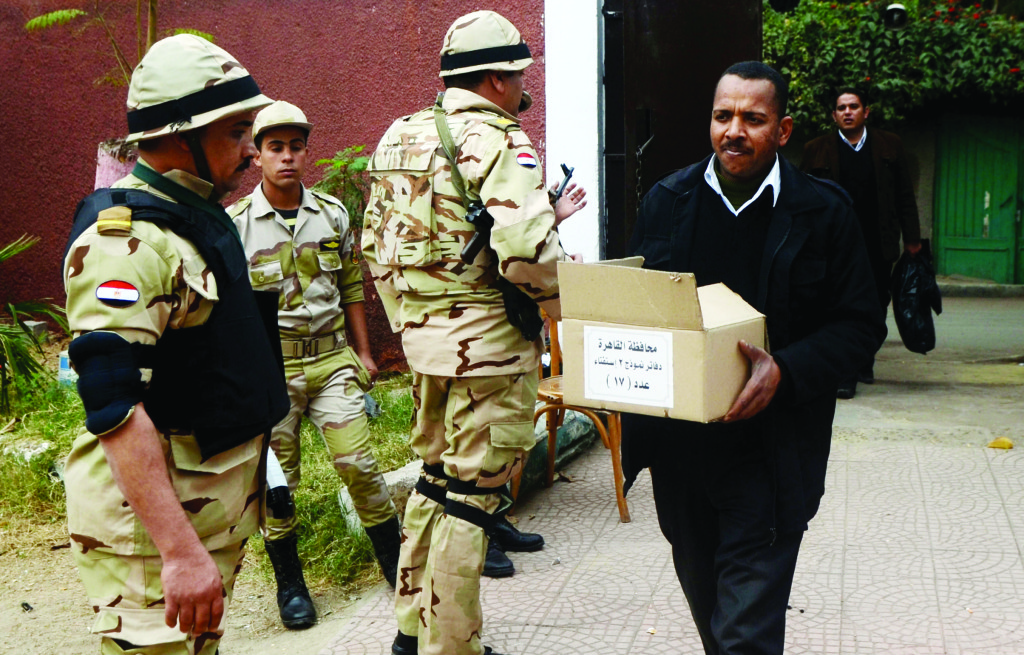 A man carries a box full of voting ballots near Egyptian soldiers standing guard outside a school that will be used as a polling station on January 13, 2014 in Cairo, as security forces are deployed two days ahead of a referendum on a new constitution. The two-day-vote has been billed as the first step in Egypt’s democratic transition after the military overthrew Islamist president Mohamed Morsi in July following huge protests against his one-year rule. AFP PHOTO MOHAMED EL-SHAHED